Tweethearts! – this is for you. 🙂 You asked for it, so here it is. A recipe for a classic lobster roll. And yes, I’ll walk you through how to properly cook and clean a lobster… but don’t get too excited about the video. I’ll do an instructional video one day, but the one below is just for laughs. One of my friends thought it would be funny to video tape me a) becoming a lobster killer, b) struggling to crack a lobster claw, and c) instead – splash myself (and the entire kitchen) with lots of lobster juice.

How To Extract Lobster Meat: Option #1 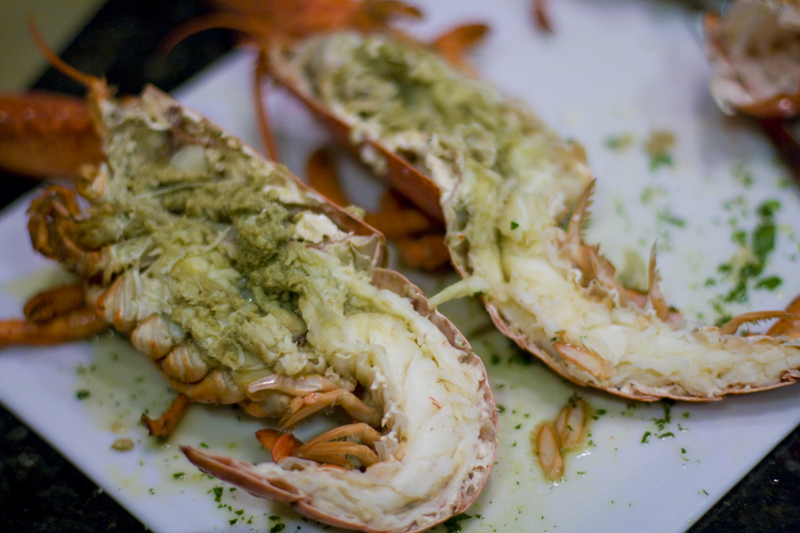 How To Extract Lobster Meat: Option #2

P.S. Here’s a little video of my first experience with cooking lobster, and attempting to crack a lobster claw with the back of a knife. While it took me 30 hits to get it right – my friend got it with one whack, so…….. whether you choose the knife route, or a claw cracker – it’s totally up to you, but just know that my black blouse is now ruined with splotches of lobster juice; all because I refused to look for a claw cracker.

Get the latest updates straight to your inbox:

Say we'll dive in on the count of three 🌊

It’s only when you’ve reached the very bottom

Photo/painting? Instead of using gradients and el

Took this photo in Torres del Paine four years ago

Woke up to a couple thousand new faces 🤯 so I f

This error message is only visible to WordPress admins