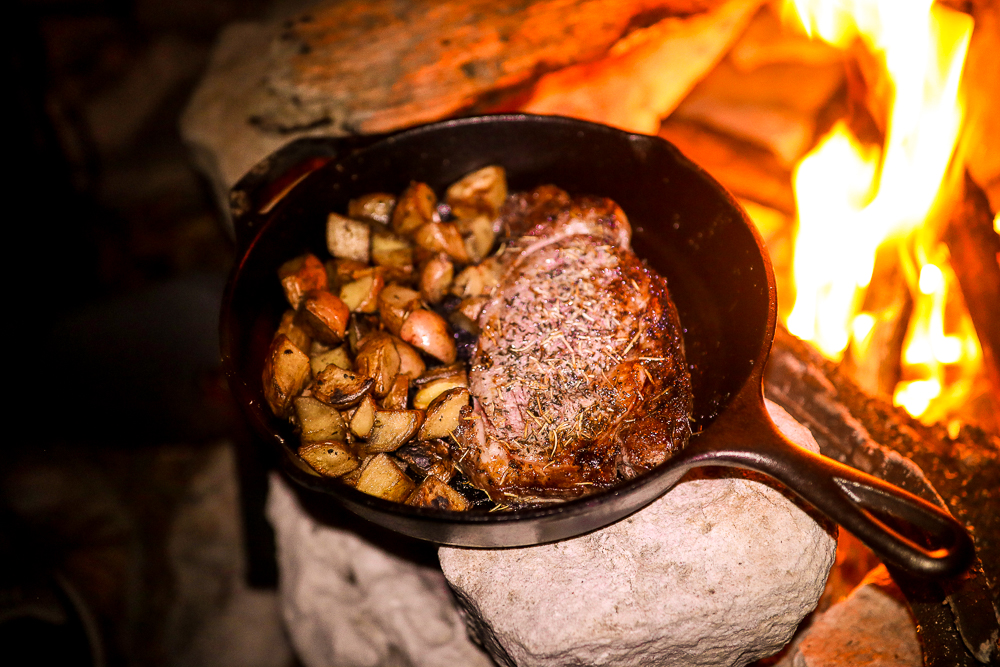 All the serious backpacking hippies are shaking their heads at me right now. One of the most important things in backpacking (according to just about all the ones I’ve met) is that you only carry what you need, because you’ll be carrying it for hours, days, weeks or months at a time. No one needs steak and potatoes for dinner every night, obviously – but if you’re doing a short hike, I believe it’s worth making your meal at the end of your day something you can look forward to, so – I’m going to post this for anyone who thinks all backpacking meals begin with packaged ghosts of dehydrated dinners past, and end with groaning bellies. Backpacking doesn’t mean you have to eat dinner like an astronaut, squirrel, or starving college student (I’ve seen some backpackers live off raw instant ramen for up to three days). It just depends on what you’re willing to sacrifice on your trip, but – you need to enjoy a decent meal in the wilderness, underneath the stars at least once before you die.

… and no, this was not my very first backpacking meal, I swear. My very first bpm was a bag of dried chicken and rice, rehydrated with boiling water, followed by a nuun tablet. Three weeks after that, I went on a shorter backpacking trip and decided to make this meal for dinner instead. It was one of my favorite things about that hike, because I’ll never forget taking long exposures of the red moon, the city lights from the knob I slept at; and getting to eat slices of dry-aged ribeye and crispy red potatoes between shutter releases. I’ll never enjoy steak from a restaurant, or from home the same again.

So – all you backpacking hippies eating their fourth stick of jerky or granola for dinner can judge me all you want … I can’t hear you over my sizzling skillet of steak and potatoes. 😉 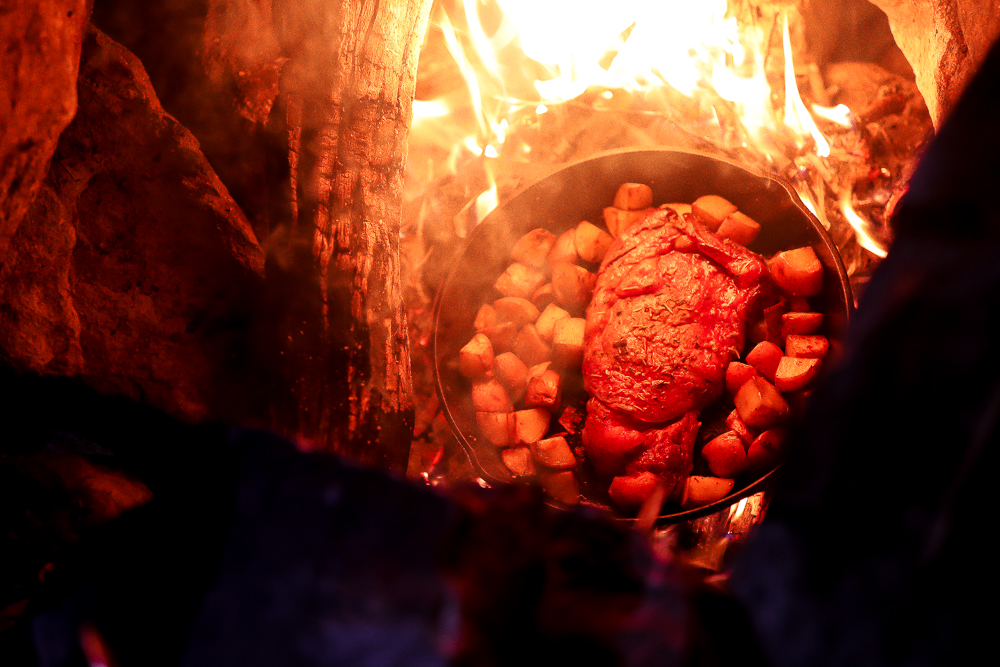 What’s great about choosing steak for your backpacking dinner is that even if you were home – you’d want to consider cooking your steak at room temperature anyway (ask Bobby Flay), so if you freeze your steak overnight, then take it out and let it thaw as you hike – it’ll be ready to go by the time you finish your hike and setup your fire. The night before my hike, I seasoned and vacuum sealed my steaks, put them in the freezer, took them out the next day and put them in a cooler while I drove to the trailhead – then let them naturally thaw throughout my hike.

Get the latest updates straight to your inbox:

It’s only when you’ve reached the very bottom

Photo/painting? Instead of using gradients and el

Took this photo in Torres del Paine four years ago

Woke up to a couple thousand new faces 🤯 so I f

I assumed that my 1st piece went to its original b