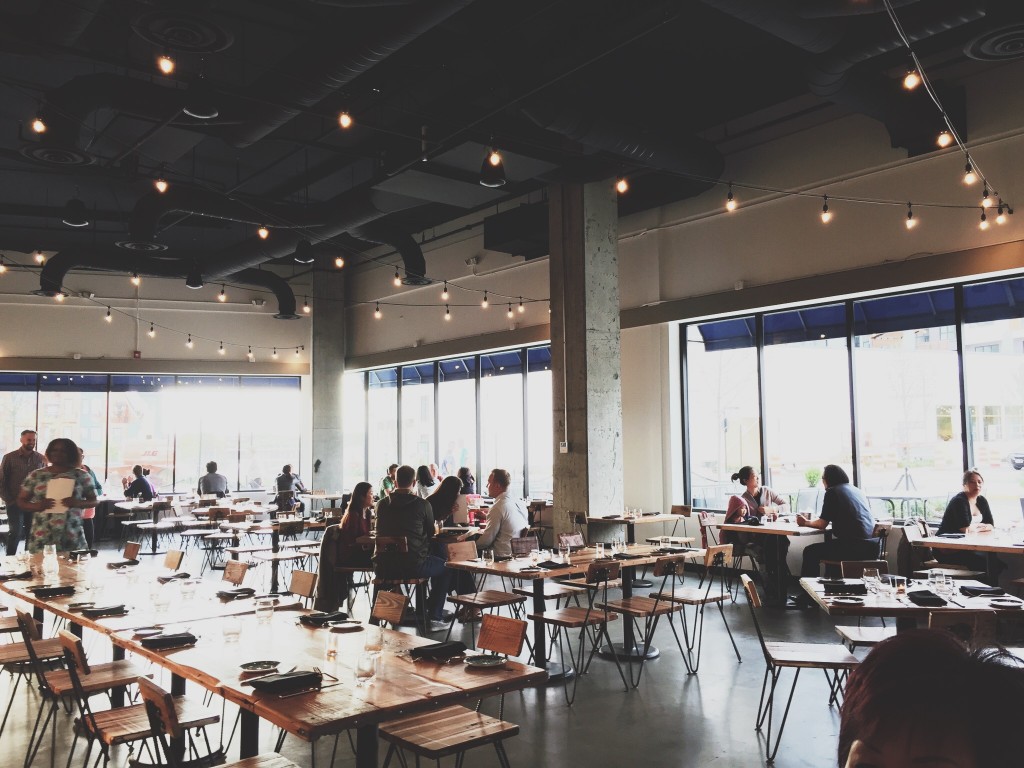 { Brine’s Interior }
The Rappahannock River Oyster Company’s latest endeavor, Brine is celebrating their grand opening today at the Mosaic District. Occupying one of the corner spots of an up and coming neighborhood behind the Angelika Theatre – the new oyster bar is full of light with three corners of wall to wall windows, and features a bar with an ice station displaying their three signature oysters – The “Sting Rays”, “Rapphannocks” and my personal favorite – the “Olde Salts”.

{ The Honey Hole }
The honey hole consists of a mango shrimp ceviche, 12 Carolina shrimps, 12 raw clams and of course – 12 oysters of your choice (in addition to the 3 mentioned above – they also carry oysters from outside of the state, like “Wiannos” and “Wellfleetas” from Massachusetts, and “Blue Pocks” from Washington). 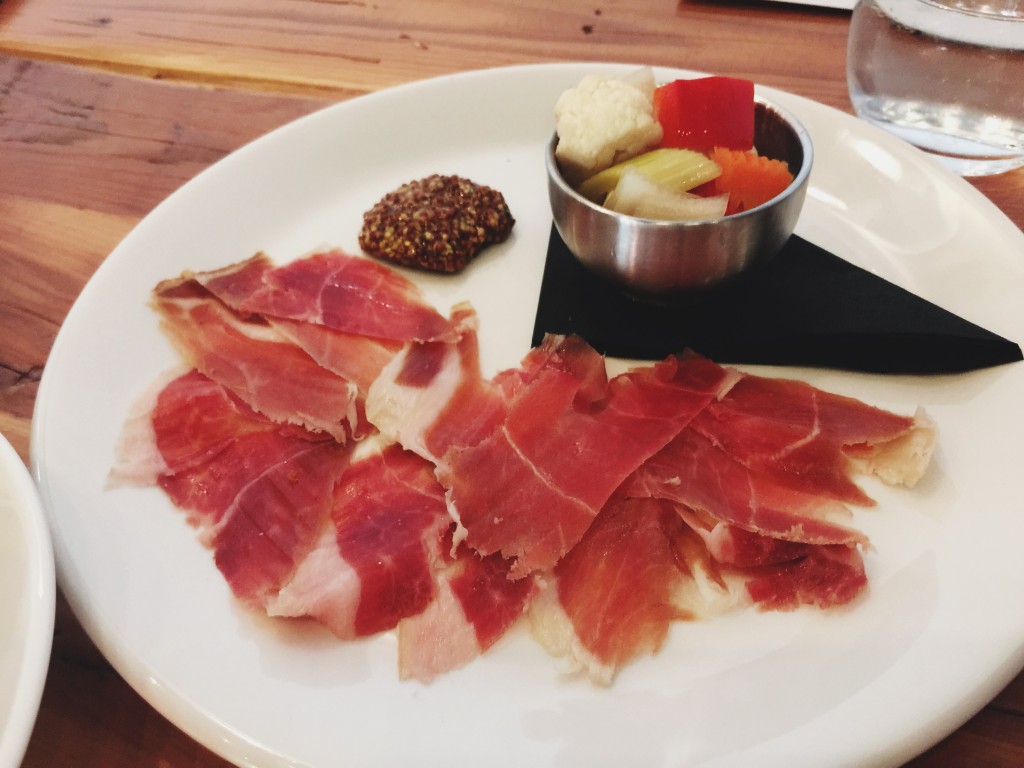 { House Cured Ham }
If you’re dining in, you’ll notice that right outside of the kitchen is a little wooden table with a large hunk of ham. Considered as “Virginia’s answer to proscuitto and serrano”, the Berkshire Surryano Ham is dry-cured, and hickory smoked from spotted Berkshire Hogs in Surrey, Virginia. It’s considered America’s best ham (HuffPo) for its rich, savory flavor. For me, it’s a thicker, saltier version of proscuitto that is dangerously easy to snack on. 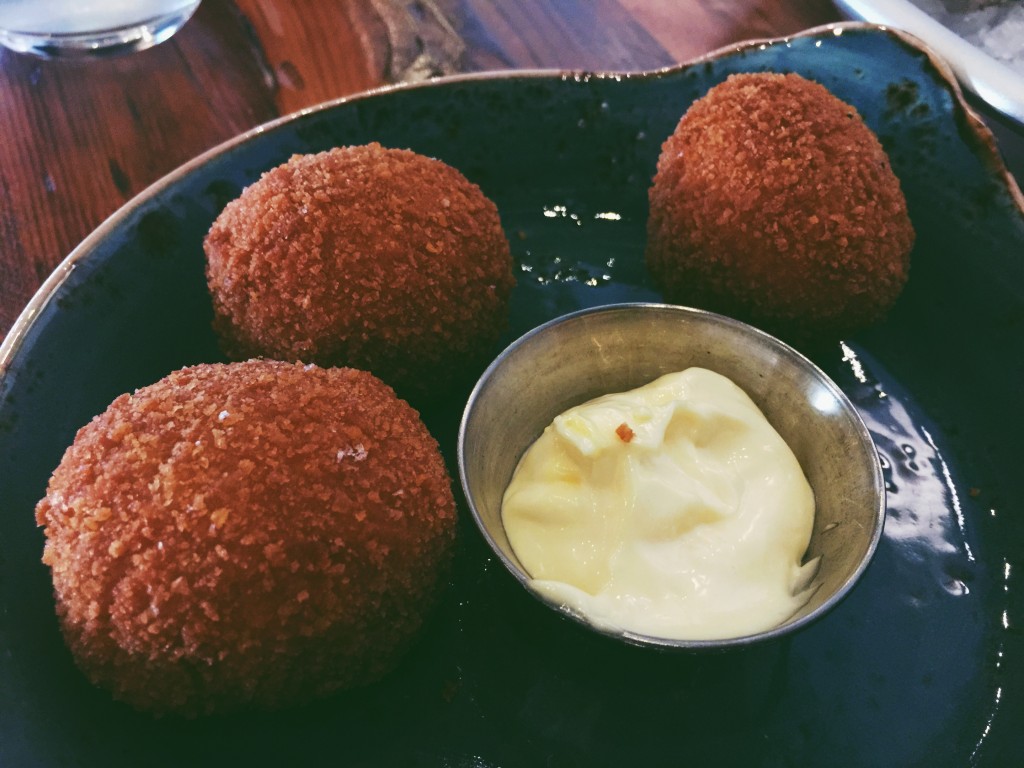 { Oyster Croquettes }
I really should have taken a picture of the inside, because a photo of just its crunchy exterior doesn’t do this justice. Skimming the menu, the croquettes had me at black truffles. Inside, there’s a healthy portion of oysters and a creamy black truffle sauce. On the side – lemon aioli for dipping. 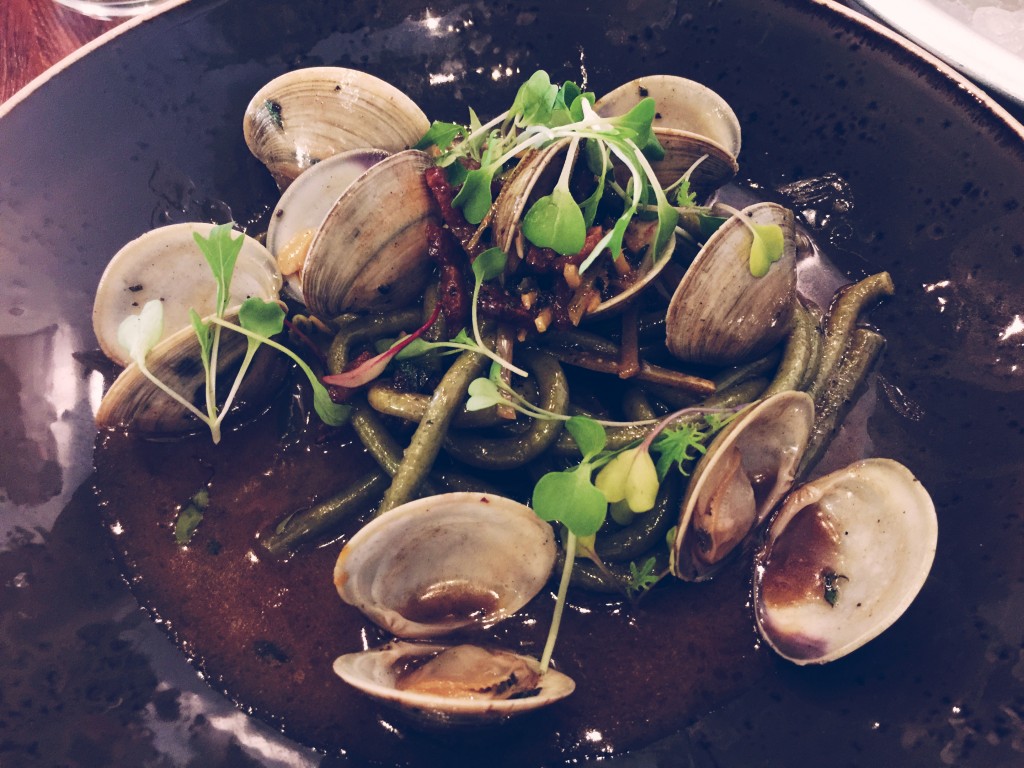 { Plankton Bucatini }
House made bucatini (an italian hollowed pasta, imagine a long strand of uncut macaroni) made from plankton, with clams, preserved lime, chili threads and brown butter. You’ll want to get an extra order of house rolls to use as a sponge for dipping.

{ Poke }
I was pregnant during my last trip to Hawaii and couldn’t have any raw fish, so I was excited to see that they had this Hawaiian-style ceviche on the menu. The “poke” (pronounced poh-kee) is a seafood salad with japanese hijiki seaweed, soy sauce, cubes of raw tuna, ginger, pickled onion and cucumbers. 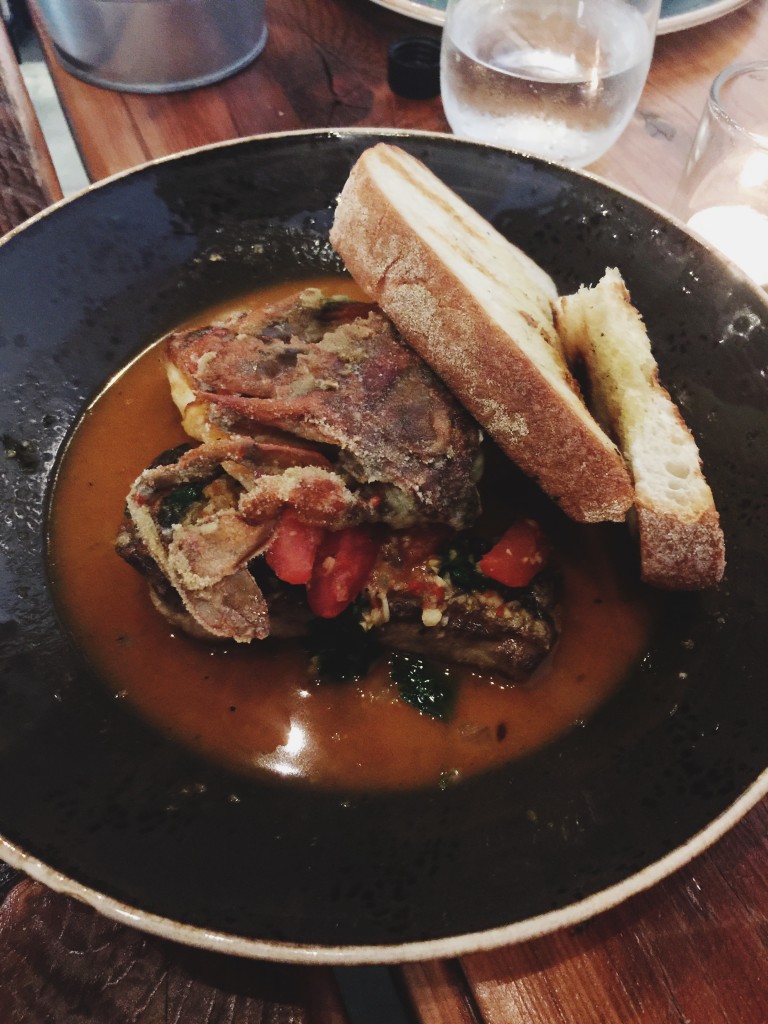 { Bouillbaisse }
When I think of bouillbaisse, I think of a soggy stew of fish and soft vegetables – so I was pleasantly surprised when Chef Critchley’s version started off with a crunch. On top of a few portions of seared eel, rockfish and perch (all from the Chesapeake) is a deep-fried soft shell blue crab in a bath of dark tomato sauce. 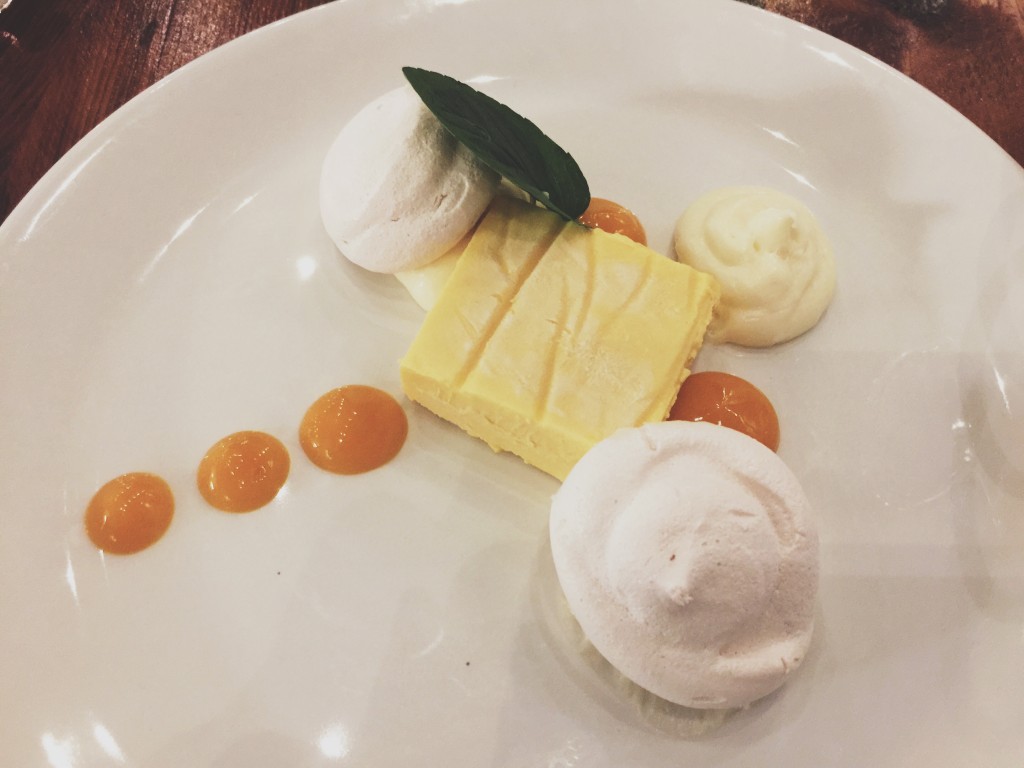 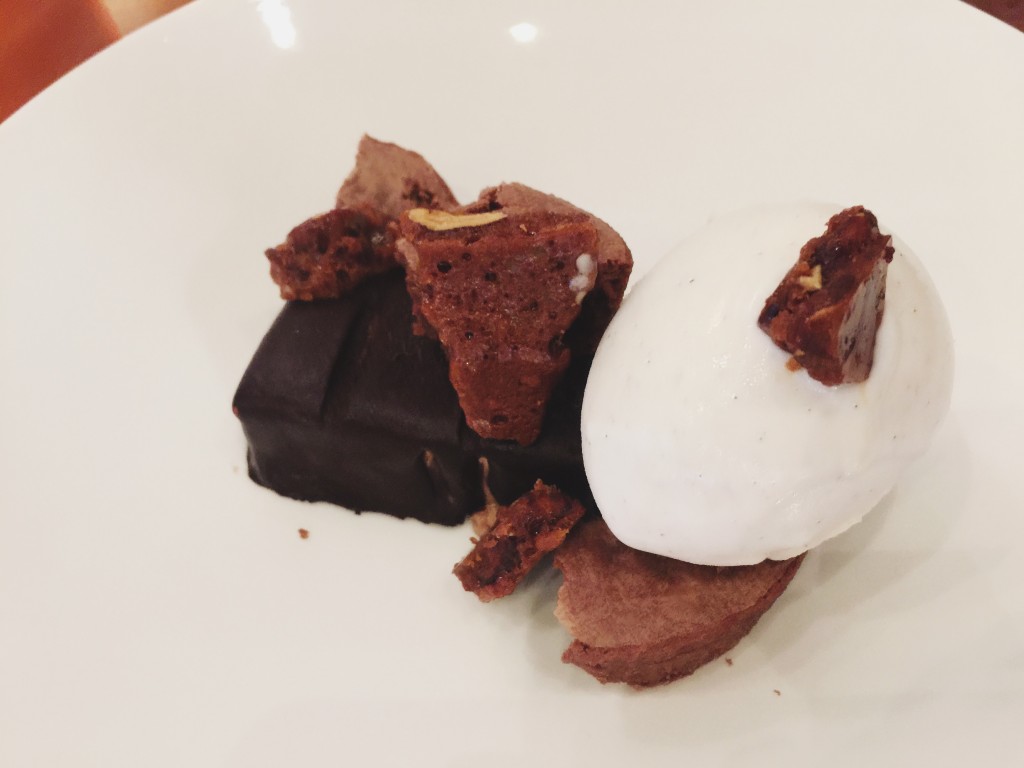 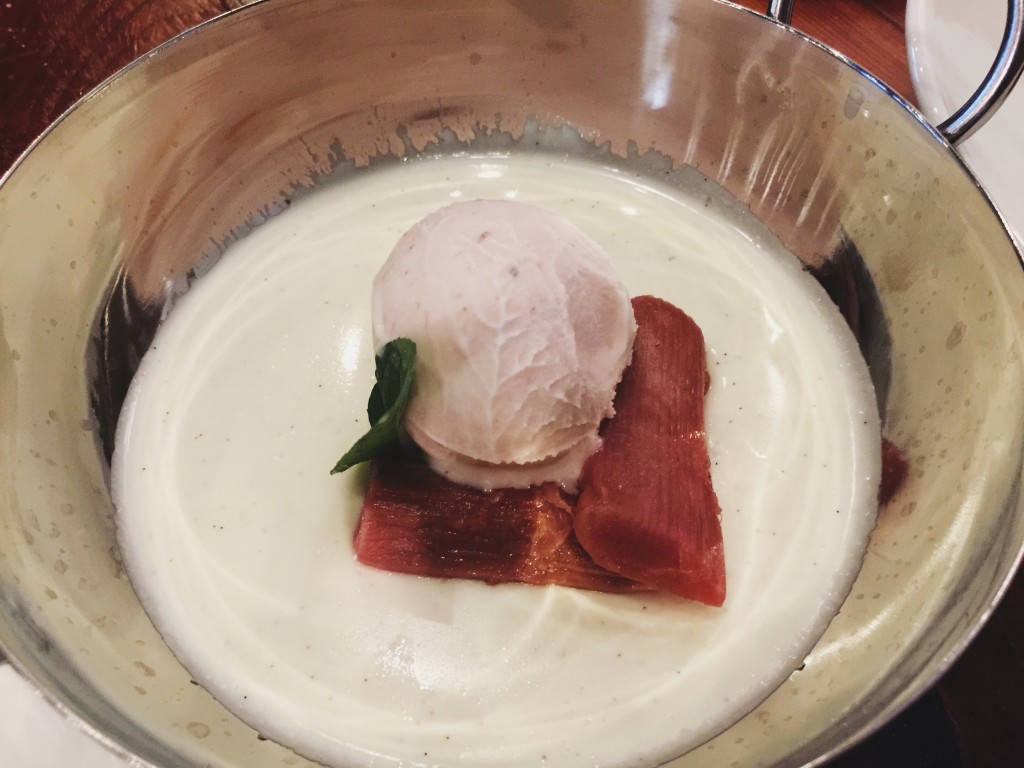 { Dessert }
Do not forget about dessert here. We ordered all three of the available desserts to share, and it was so worth it. The pineapple cheesecake comes with crunchy, chewy meringues (similar to macaron shells), mango sauce and lemon cream. The smoky goat cheese panna cotta (second) is like a cross between greek yogurt and creme brulee, comes with two purple tubes of sweet rhubarb and tangy sorbet. And last but not least – the chocolate cake is topped with caramel toffee and house made vanilla bean ice cream. We split the three of these desserts between four people, and when I left to feed Colt for a few minutes – it was pretty much gone by the time I came back. Do not skip dessert here.

P.S. If you dine in tonight during their grand opening – enjoy a free glass of prosecco to celebrate! Another drink to try – their “Spring Fling” (while it lasts) made with strawberry-infused Macchu Pisco, black pepper rhubarb syrup, fresh lime juice, egg white, and aged balsamic vinegar.