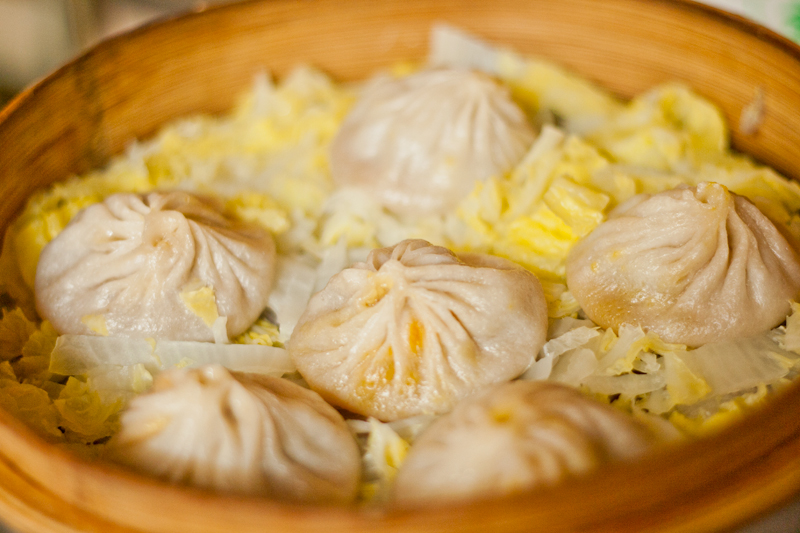 There are 3 things you should know about soup dumplings:

A) There is no soup involved.
You were probably imagining the all-american chicken and dumpling soup when you read “soup dumplings”, but just know–if you order “soup dumplings” at a Chinese restaurant–you won’t get a bowl of soup. Instead, you’ll get a bamboo steamer basket lined with shredded lettuce and bite-sized buns filled with minced pork, pork fat and sometimes–crab meat and crab roe (sweet, buttery crab fat and eggs).

B) But you do need to eat it with a soup spoon.
Because you don’t want any of that soup to escape! Once you take your first bite, the soup will come pouring out of your dumpling. If you’re not careful–it’ll end up in your lap or all over you plate! Also–to avoid each dumpling from busting before it makes it to your spoon–because the skin is very, very thin–use the tongs they give you and grab from the pinched top of each dumpling (the thickest part of the dumpling). If you have a bowl, eat it over that so you can easily drink any soup that escapes.

C) So where’s the soup?
Pork fat is refrigerated to solidify into a slab of gelatin that is then cut into cubes and stuffed into each dumpling before they are steamed. During the steaming process–the heat melts the cubes of fat inside, creating a delicious, buttery “soup” that’s trapped in each little dumpling. Yum! 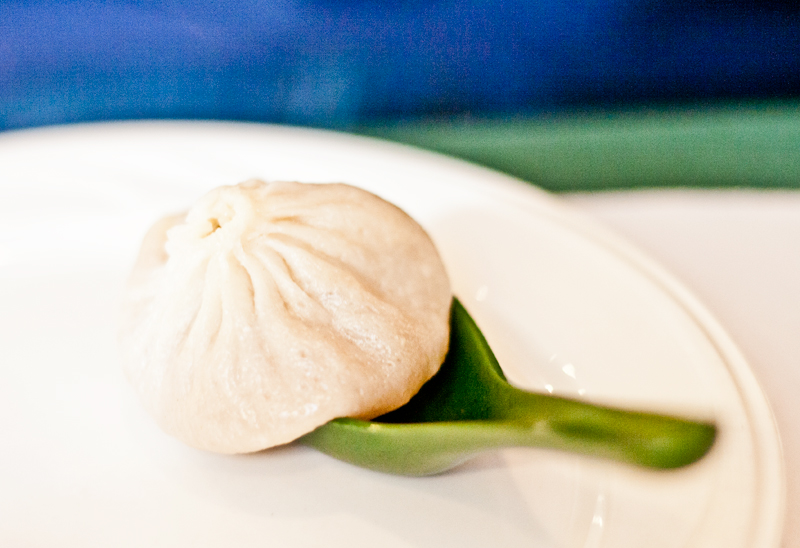 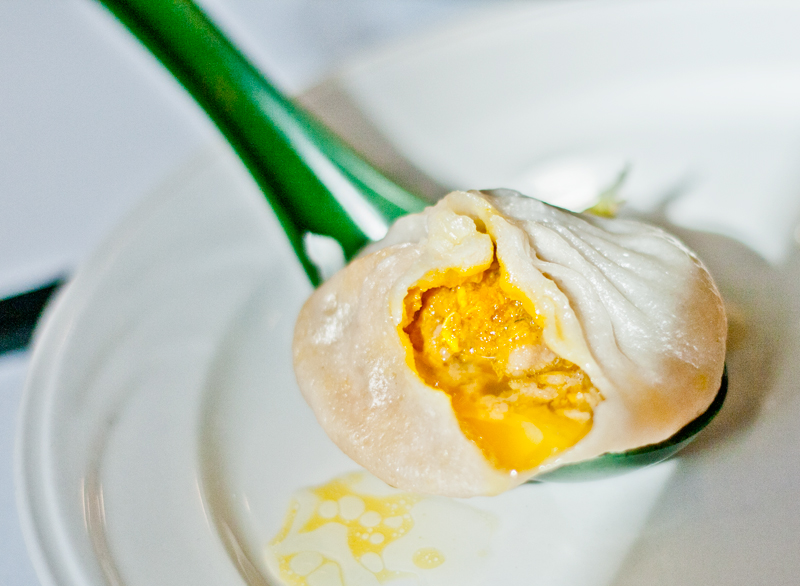 See all that rich, buttery crab fat goodness?? Inside is a little pork and crab meat ball topped with crab roe and of course–dripping pork fat.

Not into shellfish? Order the regular version made with just pork.

Crab roe soup dumplings can be found all over Chinatown in New York City, but the place that never disappoints is Joe’s Shanghai.