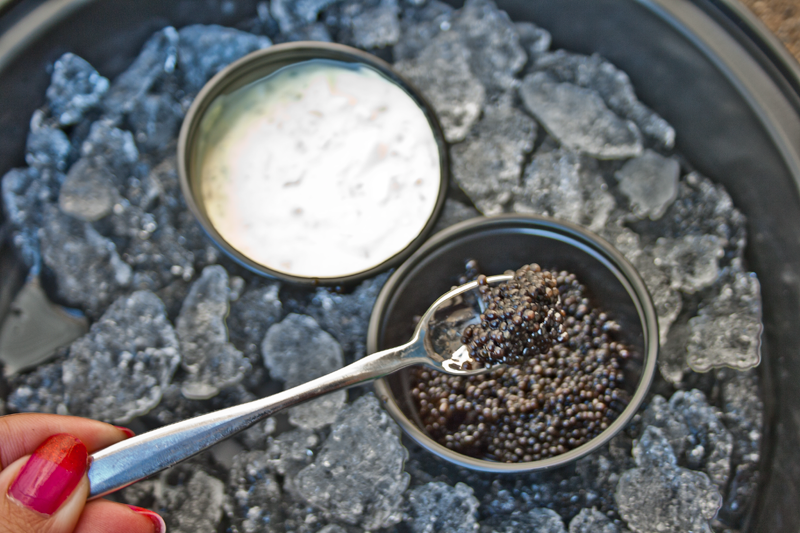 The scarcity of caviar’s top notch roe, beluga sturgeon has opened doors for bowfin (or grinnell) caviar from the Louisiana bayou. At Union Market’s oyster bar, Rappahannock River Oysters, sturgeon caviar ($27 per 1/2 oz.), grinnel caviar ($14 per 1/2 oz.) and trout roe ($10 per 1/2 oz.) are offered on the menu with a side of egg salad.

Caviar is a luxurious delicacy made from salt-cured fish eggs, and traditionally refers only to the wild sturgeon from the Caspian and Black Seas. Lately, however–global efforts have been made to ban the international trade of caviar from the Caspian Sea due to overfishing and depleted populations of sturgeon, which has opened opportunities for affordable alternatives from  unlikely parts of America–such as Oklahoma, North Dakota and Louisiana.

So what does it taste like? Caviar tastes like firm liquid pebbles filled with salty seawater that pop with each bite. When cooked–it has the consistency of tiny hard-boiled eggs. Though the NY Times compares beluga sturgeon caviar to bowfin caviar like “champagne to beer”, some diners can’t taste the difference. 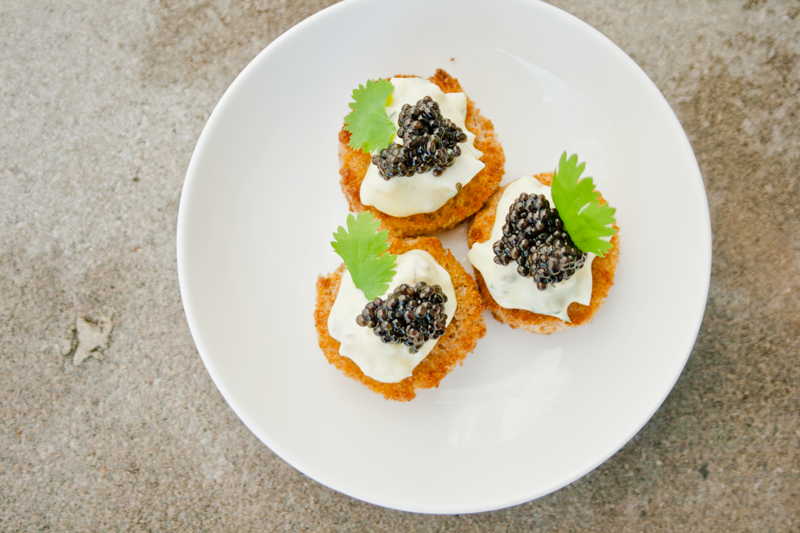 The verdict: I think beluga caviar was a lot more popular among crowds who remember the famed James Bond scene when he was eating them by the spoonful in “Her Majesty’s Secret Service” in 1969, but… that was twenty years before I was even conceived, so I didn’t grow up thinking very much of it. My first bite of caviar was at a family dinner in Old Town Alexandria at Chart House, back when they had unlimited black caviar at the salad bar (which I’m convinced ended shortly after my family’s discovery…) and my mom kept urging me to go back to the salad bar and eat more caviar since it was free. I liked it at first, because I’ve always had a huge salt tooth–but like most kids who don’t know when to stop gorging on too much of one thing–I got sick of it quickly and haven’t had a bite since then.

Last week, in the latest episode of FX‘s new spy drama, “The Americans”–Phillip and Elizabeth celebrated the completion of their latest mission with a can of black caviar their neighbor gave them as a gift. The seemingly emotionless, kick ass KGB cadette, Elizabeth revealed her first smile in three episodes when she took a bite of the expensive black fish eggs. So–when I saw them on the menu at Rappahannock River Oysters–I had to know if they were really that good.

I brought half an ounce of bowfin caviar home with me, toasted some wheat bread I brushed in porcini olive oil and topped it off with the complimentary egg salad, caviar and a leaf of parsley.

I love eggs, mushrooms and anything salty, so I fell in love immediately. I made a few extras for my grandparents, and my grandfather liked it so much he ate the whole plate before my grandmother could take a bite!

So please excuse the spelling errors in this post, because I need to go back downstairs and make more before my popo thinks I don’t love her. 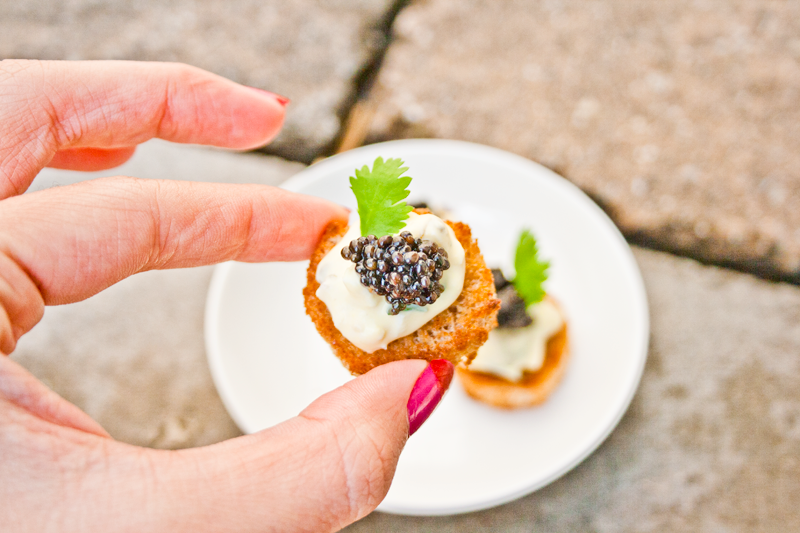