I think everyone’s been through a time in their life when they’ve slowed down a little bit. Whether it was a bump in the road that left you feeling discouraged, or a whirlwind that dropped you down faster than it lifted you up in the first place. You took a bite into your dinner, but it tasted like everything else. You turned on the radio, but you didn’t hear the lyrics – just noise to occupy your mind. Life plateaus for miles, and you wonder when things will be as exciting as they were before. 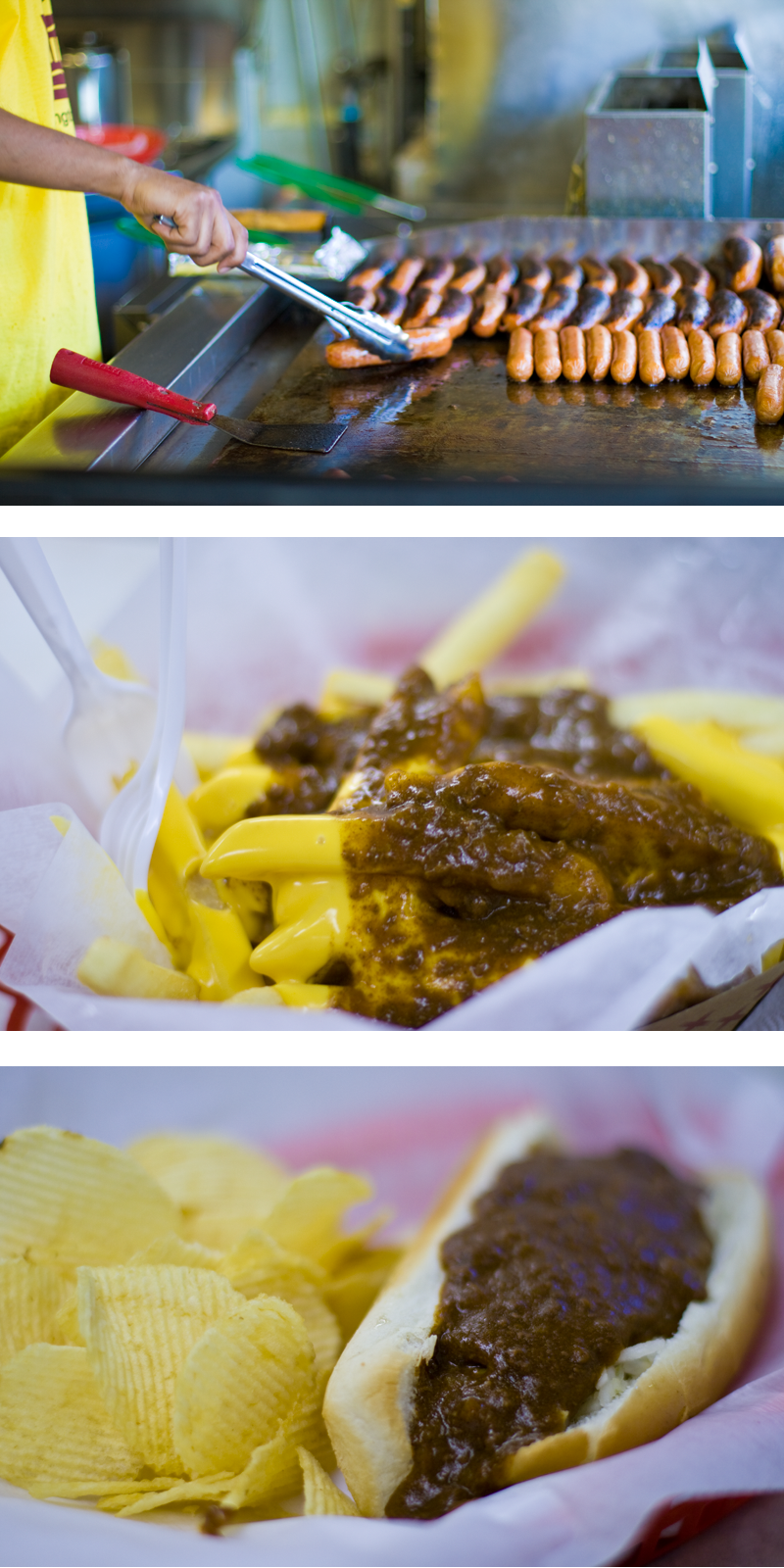 Whether it was thrown together from the freezer at a local dive, or presented in a cardboard carton from a bowling alley – you’ve seen chili cheese fries before. Sometimes it tastes great after the first two bites before you realize you’re eating hot garbage; and sometimes you take a bite into what tastes like microwaved mush. Most of the time it tastes like the best idea you’ve had all night when you’re inebriated, and it’s normally a complete toss up when you give it a go whilst sober. So you can imagine how little I was expecting when I ordered it at Ben’s Chili Bowl.

2011 has proven to be a bit of a rough year, so as a recently unemployed nomad – I was a little hesitant when a friend of mine asked if I’d go with her to a concert in DC to listen to an artist I’d never heard of.

Recalling a dwindling bank account at the back of my mind, my first question was,

“How much are the tickets?”

To which she responded with a few youtube links, and a couple of smiley faces.

Luckily for my childhood best friend, – and I hope she doesn’t know this – I could end up at the front row of a river dance after a few wide-eyed smiley faces, paired with a dragged out, “pleeeeeeease?”.

We felt it was appropriate to eat at Ben’s Chili Bowl for dinner beforehand – considering it was a block away from the concert venue – and I honestly didn’t think much of it. I’ve always favored my little hole-in-the-walls, and am always in search of something unexpected. So when I heard about a hot dog joint that everyone seems to think is the best – I was a bit skeptical of it falling short of all the hype. How great could hot dog and chili cheese fries be?

And at the same time, when you’re wandering across a completely flat plane of space, without a sign of any inclination – you have to wonder how much farther it’ll be before you find another mountain to climb.

But then, if you’re lucky, if you just keep wandering around – you’ll notice this. A small, tiny spark that slowly wakes you.

I stuck a flimsy plastic fork into the heaping mound of fried potato, cheese, and red chili. Bent two potato sticks together in a folded stack, and took a quick, thoughtless bite.

It wasn’t until I actually started chewing, that I realized that it tasted so much better than I had imagined. The chili was neither too spicy, too tangy, nor did it have any annoying chunks of meat or giant beans. It blended perfectly together with the buttery cheese sauce over fresh cut fries that neither came from a freezer, or a box carton. Everyone was right.

Little by little – we eventually finished the entire thing.

Similarly, and to be completely honest – I didn’t know what to expect from the show either. In fact, I was just about half asleep before the first pounding notes of ‘Beating My Heart’ shook me wide awake.

The show was one of the most inspirational concerts I’d ever been to in my life. There are people who can play the piano, but then there are people like Jon McLaughlin who do something greater than that. The way he glides his fingers up and down the keyboard, bobbing his head back and forth to the rhythm as he plays each key makes it clear that the song isn’t just playing through him, but is a part of him. His arms, his fingers, his voice, his legs, his feet – you can watch the music as it visually emanates from him. Music is a part of him, and it’s so inspirational to watch people who are so completely, and passionately consumed by a dream they’ve pursued wholeheartedly.

My favorite moments in life, are when I find something, or see someone doing something unexpectedly amazing. After watching someone do something they’re clearly passionate for – it sends a quick jolt of inspiration that surges a wild rush of urgency through my body, leaving me with a need to learn. These people, these moments are the reasons why I ever ran after anything. I learned to figure skate as a kid after watching Michelle Kwan smiling as she glided across the rink in the Winter Olympics. I learned to play the piano after hearing my cousin practice Beethoven’s ‘Fantasy Impromptu’, learned to swim after watching Dana Torres break her third world record at what everyone thought to be the hopeless age of 41, and I took up hold ’em after watching Annette Obrestad win her first WSOP Main Event tournament just before her 19th birthday. And those are only to name a few.

For those who may feel lost, or may also be wandering just as aimlessly – keep wandering. Keep moving, keep hoping, and keep exploring, because chances are – you’ll take a bite into something that wakes you up, hear a song that may inspire you to change course, or even witness something that will reignite your belief in what has always been an absolute tangible dream.

If you’ve been glued to CNN these past few days

One of my favorite things when it comes to camping