With 6 locations in New York, and 1 in Miami, Danny Meyer’s widely known burger joint is officially set to make an appearance in DC’s very own Dupont Circle some time in the first half of 2011. 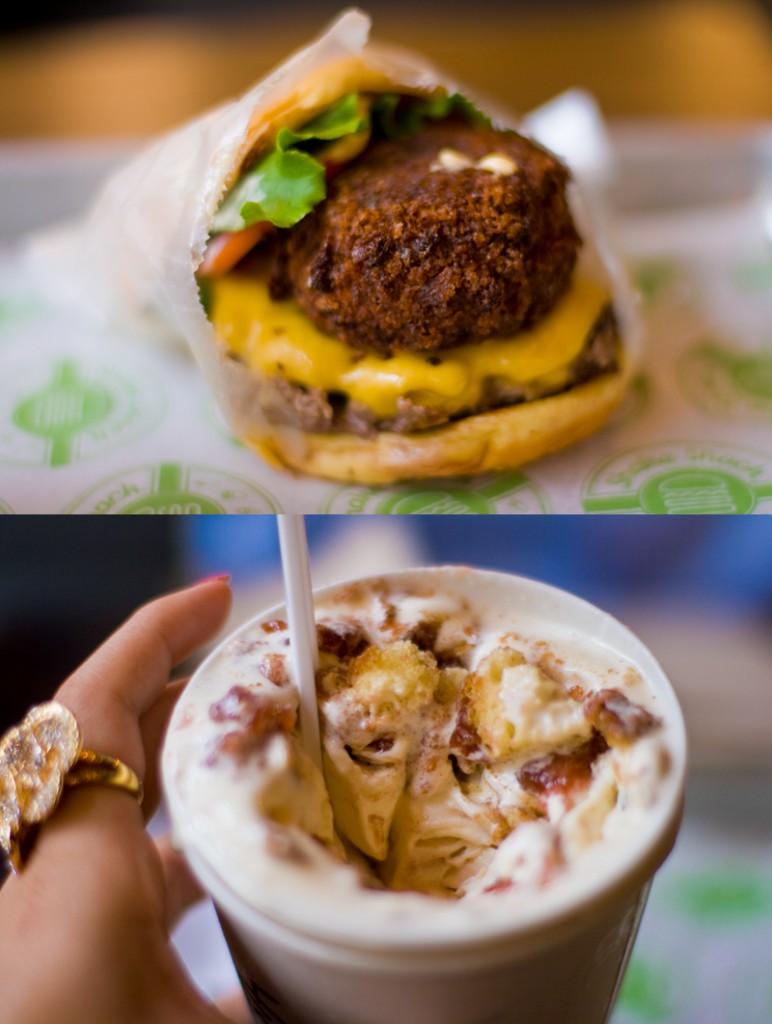 If you notice the giant, bulging brown mass in the middle of the burger and are wondering what it could be if it’s not the pattie that is covered in melted cheddar below – just know that it’s the best part of the Shack Stack, and trust me on this when I tell you that you don’t want to try your first Shake Shack burger without it.

When you take your first bite of this heaping mound of fresh bliss, the crunchy and breaded part of that mystery mass sinks into your teeth, and pours heavenly melted cheese with chopped bits of mushroom into your mouth, along with the bites of bright green lettuce, juicy tomato, and of course – the cheddar and meat pattie. Not to mention, all of this is wrapped between two, buttery yellow buns that add a soft sweetness to the top and bottom of each and every single bite you take.

Shake Shack doesn’t just stop there though. They have an undeniable taste for what’s good, even if it’s from the outside – such as another sweet success in NYC, the Doughnut Plant. Pictured above, you’ll see a strawberry doughnut concrete, made with strawberry jelly doughnuts from Doughnut Plant on Grand Street in NYC.

Owner of Shake Shack, Danny Meyer bought his first apartment in DC as an intern, and knows that DC is full of burger aficianados. With that said – Shake Shack will fit right in, and potentially even outshine some of the many wonderful Burger Joints that the DC metro has to offer.

If you’ve been glued to CNN these past few days

One of my favorite things when it comes to camping