Lyon Hall celebrates the breakfast of champions by giving it an entire menu on its own. The hand-selected beer list ranges from Japanese tripels to Belgian trappists and English ambers to Polish porters. We tried the Ommegang Hennepin, a crisp, light saison from New York (pictured left), the orange crush cocktail (smirnoff orange, st germain, lemon, + soda) and a German pilsner called Jever that filled our noses with grassy hops (pictured right). They also have a male-friendly (and hilariously named) cocktail called the “man-mosa”, made of vodka, cointreau, sparkling wine and orange juice. 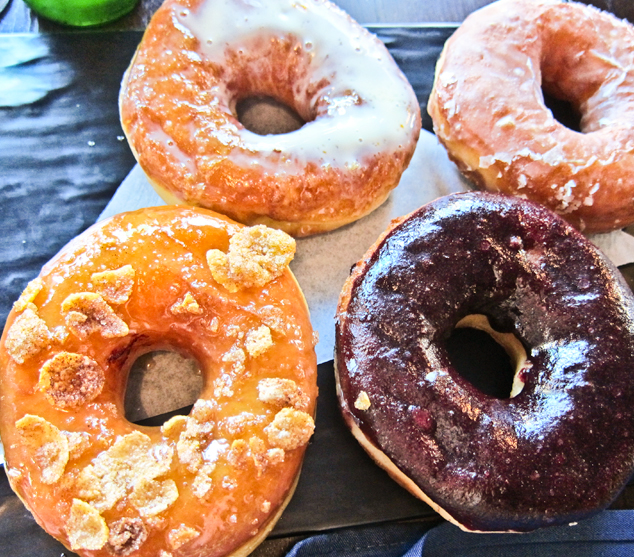 For sweet tooths–there’s nothing better than fresh, warm donuts in the morning, and Lyon Hall makes them in weekly rotating flavors, like: blueberry, popcorn and lemon glaze. Follow them on facebook to see what flavors they have each week.

I love the mussels at Lyon Hall and so does Mama Muse. My family and I do brunch every month, and every time–my mom nominates Lyon Hall for the mussels. Though their flavors rotate every now and then, we always end up picking a flavor that doesn’t disappoint. This past month, we picked the Mussels Lorraine with duck confit, spinach, brandy and shallots. Other flavors include the “Pho Lyon” with rice vermicelli, coconut, lemongrass, sweet potato, basil and chilies; the “Normane” with leeks, bacon, apples, and blue cheese; and the “Vin Blanc” with garlic, creme fraiche and parsley. 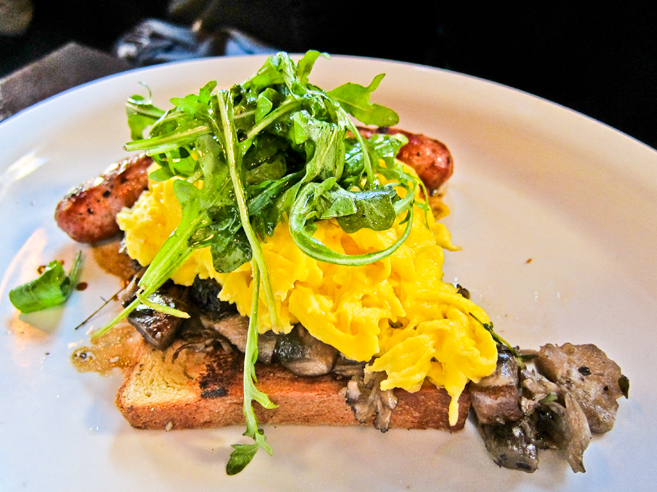 My brother ordered Lyon Hall’s new take on “sausage and eggs”–a slice of toast topped with mushroom fricassee (a fancy way of saying “braised and sauteed”), Thuringian sausage (a bratwurst unique to the German state of Thuringia), three eggs (your way) topped with arugula. As a hungry college kid–it’s understandable that the only thing he didn’t like was that there wasn’t more of it. 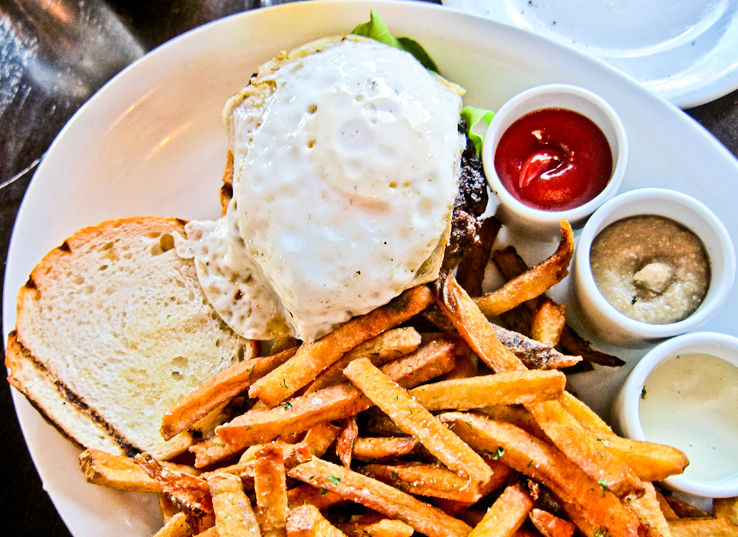 Naturally, my barbecue-loving boyfriend ordered the most all-american item on the menu–burger and fries; but at least he topped it with an egg. The “Lyon Hall” burger is made of house-ground angus beef, pickles and raclette cheese (a melted semi-firm swiss), served with salted thick-cut frites and persillade, ketchup and mustard for dipping. The entire table was stealing his fries throughout the meal, so I guess I can’t tease him too much for ordering this at a European restaurant. 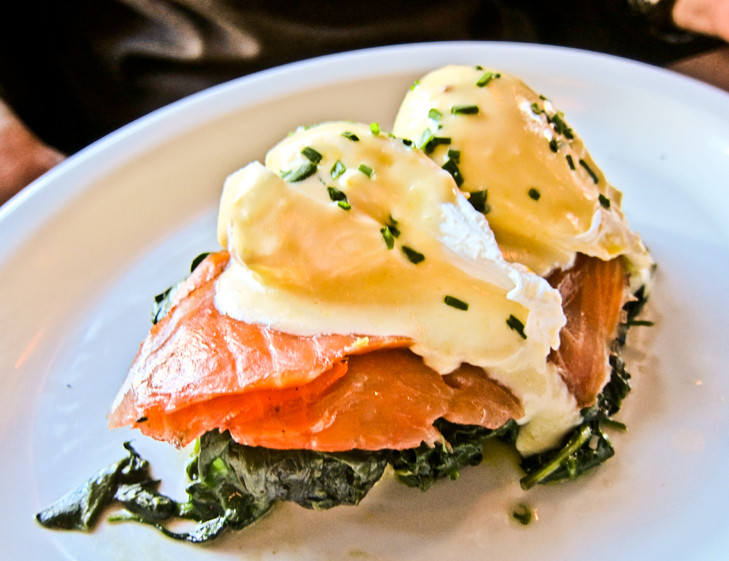 Papa Muse is a little obsessed with smoked salmon, cream and carbs, so he ordered the smoked salmon and poached eggs. My favorite part about the dish is that the salmon is house-smoked and served on a croissant instead of the usual chewy bagel. It’s topped with spinach, two poached eggs, creamy hollandaise and fresh-chopped chives. 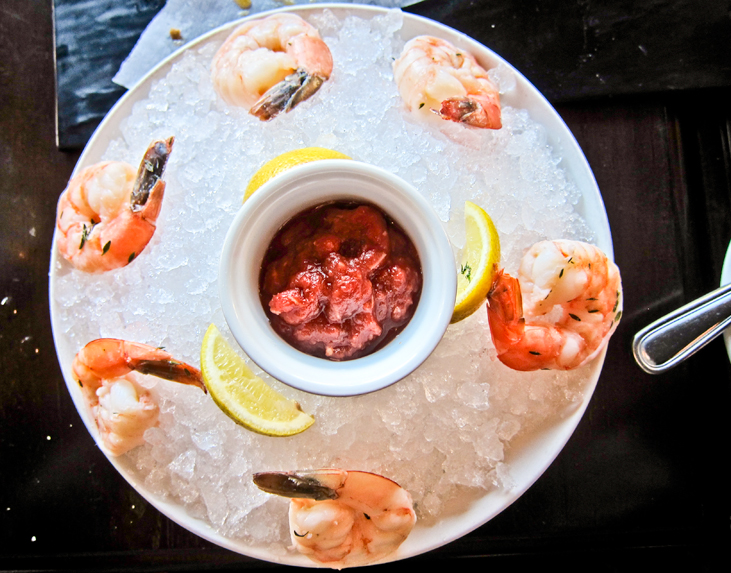 This photo doesn’t do justice to how gigantic the shrimp really is, unfortunately. They’re almost the size of your palm and are very thick–to the point that you can almost hear a crunch when you take a bite out of these massive miniature lobster tails. I had half a dozen of them as my main course, but they were so filling that I had to convince my dad to take the last piece.

Dish I want to try next: Lyonnaise potatoes and eggs (with smoked pork butt, caramelized onions, mustard, beer jus and three eggs) and the steak and eggs (with a grilled 100 oz. hanger’s steak, eggs and frites).

Check out the full menu: here!