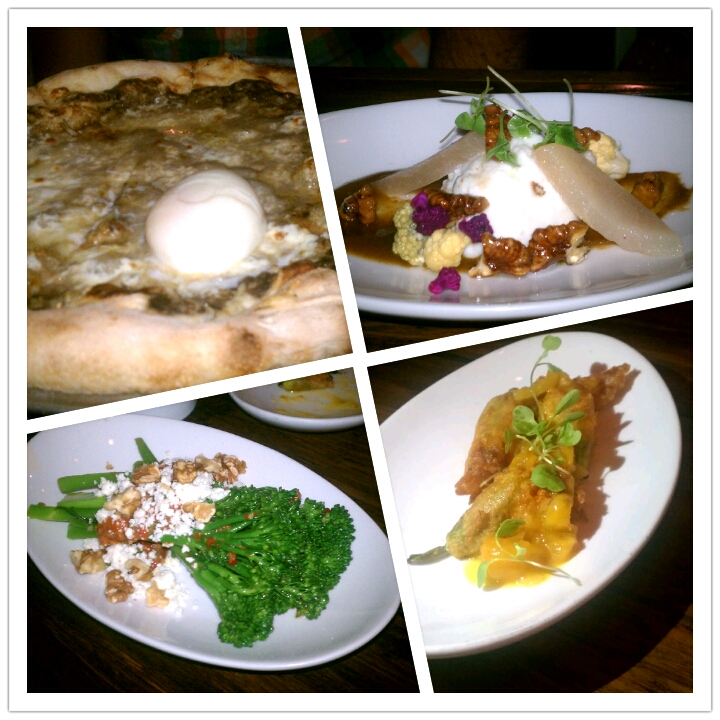 As more and more restaurants pop up in and around the DC metro, I find myself frequenting the same places less often. I love visiting new restaurants as much as I love traveling to different cities and countries, soaking in new culture, and taking in doses of things I’ve never seen before. However – there are a few places that I never get tired of, and very few places that I’ll go back to. Graffiato‘s Countrymen Pizza (among many of their other dishes) is something that I (and the rest of my table) couldn’t get enough of, and it’s something I’ll need to go back for very, very soon… possibly… maybe… for lunch tomorrow and every day after that.

Ever since the pepperoni-sauce-episode of Top Chef, I’ve been meaning to check out Mike Isabella’s first DC restaurant, Graffiato in Chinatown. I didn’t bring my camera for this dinner, because it was supposed to be a double date (and I didn’t want to blind our friends with the bright flash snaps my boyfriend normally endures), but they turned out to be huge foodies too (hooray!), so the four of us snapped photos of burrata and panna cotta with our smart phones all through the night. 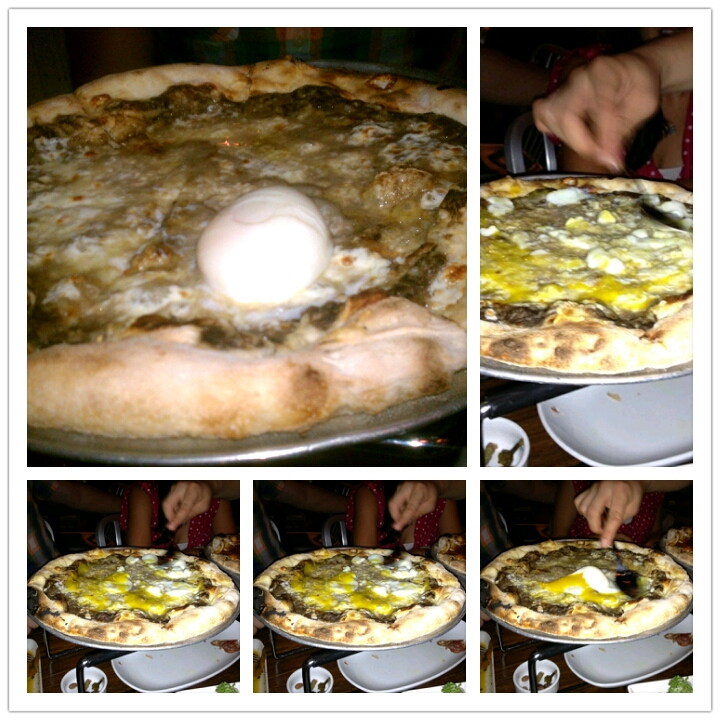 When you order the Countrymen Pizza, it comes out with this soft egg that lays on top of the pizza unbroken, jiggling so vigorously that you wonder how it didn’t break on the way to your table. Your server then pops and smothers the egg over the pizza, into melted fontina and of course – the unforgettably aromatic black truffle. If you’ve never been shaken up or had your mind blown by a single bite of food before, you need to get down to Chinatown and order yourself this pizza. 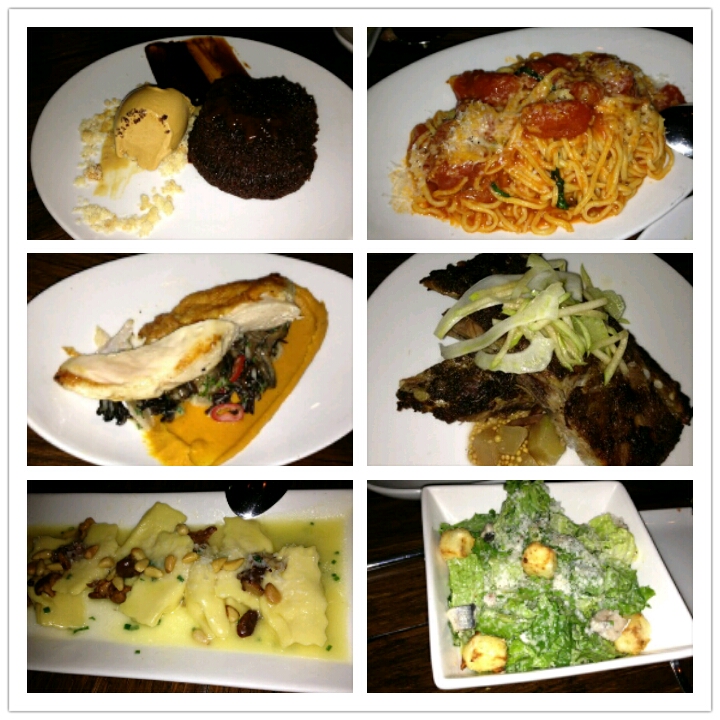 We did the $55  (per person) chef’s tasting where we received 5 appetizers, two salads, two pizzas, four entrees and three desserts – which was great, because their tapas-like menu recommends that you get at least 2-4 dishes per person anyway, and when you have a table full of foodies who just want a bite of everything – leaving the decision making up to the Chef is a lot easier than trying to decide the things you don’t want to try.

Among our favorite dishes of the night were the hand made pastas (the spaghetti with split tomatoes and sweet corn agnolotti) and their (unexpected) Caesar Salad. Honestly, if it had been up to me – there wouldn’t have been a single bowl of salad at the table, but I’m glad it was included in the tasting because the Fried Cheese ‘Croutons’ in the Caesar Salad could have easily been an appetizer by itself. Though these mini fried cubes of cream cheese have a sturdy layer of crunch on the outside – the inside is just soft, gooey cream cheese that you’ll find yourself digging and dodging lettuce to get a bite of.

It’s clear that there are more than just a few standouts at Graffiato, but if you’ve been already and are curious to see what else Chef Isabella’s been cooking up – check out his newest mod-mex dive in Georgetown.

P.S. For all of my fellow truffle-fiends out there, check out the Truffled Lobster Pie, or the Truffle Mac & Cheese at Bourbon Steak.