With the largest population of Cantonese people in the United States, it’s no surprise that Koi Palace is one of the best spots for Chinese Dim Sum with 3 other locations on the West Coast. If you love dim sum, but have been suffering through mediocre dim sum wannabes in your area, you’re going to want to stop by Koi Palace at some point in your life.

After walking through the Moon Gates of Koi Palace, enjoying the waterfall in the front corridor, and passing by the circular koi pond underneath flowing yards of silk, hanging from the restaurant’s gorgeous high ceilings – my first visit to Koi Palace was as if I died and went to dim sum heaven. Not only was there a beautiful atmosphere to enjoy; with live plants, bamboo shades, and a whimsically decorated carpet that matched the patterns of a golden bridge in the middle of the dining room – but the dim sum and their attention to quality and taste made this the best dim sum I’ve had in years. I’m not really sure how I’m going to revert back to dim sum in DC, but I’m hoping someone, somewhere will finally open up a dim sum restaurant that will be at least comparable to Koi Palace. 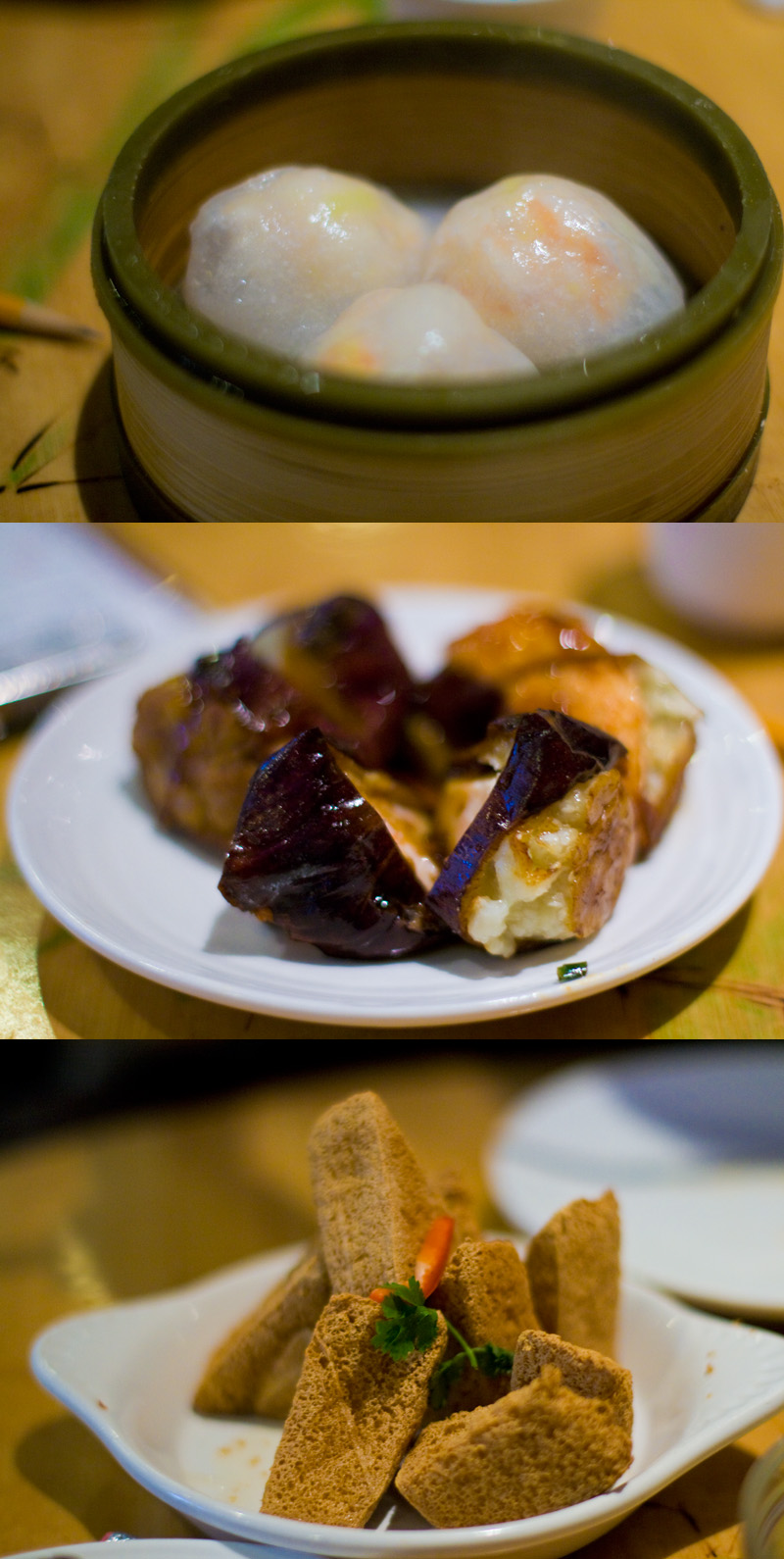 There were more servers who brought around trays of small dishes than servers who pushed around carts, which made just about everything seem straight from the kitchen. Everything comes warm, and fresh. What I loved about Koi Palace, was that it seemed as if everything was bigger than it normally would be. I don’t know if it’s because I’ve been getting used to mediocre dim sum from NOVA, but you see those Shrimp & Scallop Dumplings in the first picture? Normally, you’ll find a similar, smaller version in NOVA that tends to have a chewier skin and comes in the size of a large grape at a cold, or unappetizing room temperature. At Koi Palace, the Shrimp & Scallop Dumplings are the size of a golf ball, packed with generous chunks of chopped meat, wrapped in a thin, soft skin that doesn’t hinder the taste of what you really wanted. The tasty filling. Oh – and after you’ve had your first bite, you’ll enjoy that it’s still steaming hot on the inside. 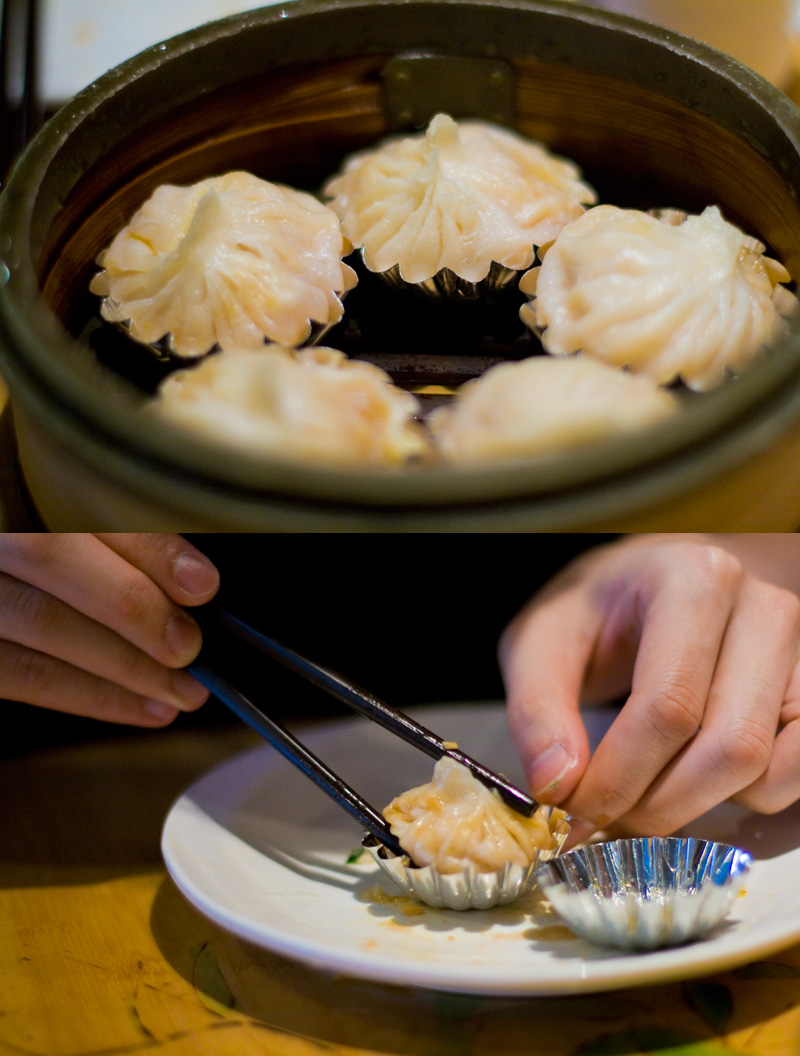 Koi Palace is famous for their Crab Soup Dumplings. If you’ve ever had a Pork Soup Dumpling like the ones I had at Joe’s Shanghai in NYC a few months ago, then you’re going to love this.

The Crab Soup Dumpling is steamed in a small, grooved aluminum tin that ensures you get all of the tasty soup and juicy filling in case the outside skin bursts. They are, however, small enough to enjoy in one bite; but in case the skin pops before you can take that bite, everything including: the soup, the juicy crab filling, and the skin stays in one place. Like the similar Pork Soup Dumpling, the Crab Soup Dumpling has a soft, but warm and chewy skin that encloses chopped crab, and a delicious, fatty soup that bursts with juicy, savory flavors in one small, and undeniably delicious bite.

Even if it weren’t Coffee Glazed – these Pork Spare Ribs would have easily been the best I’ve had in a while. The outside was crispy, but the meat was tender and sweet.

However, with over a dozen different teas to start off your lunch, four pages full of endless Chef Specials, Dumplings, Noodles, Soups, Seafood & Meat dishes including Shredded Duck Burritos, Green Onion Pancakes, Garlic Pork Slice Rolls, Steamed BBQ Pork Buns, and more – this was only a glimpse of what the Koi Palace has to offer every weekend during their Dim Sum hours.

They even have a huge selection of wonderful desserts that I didn’t get to try, but I’ll definitely be back! Koi Palace definitely put any other dim sum I’ve had on the East Coast to shame.